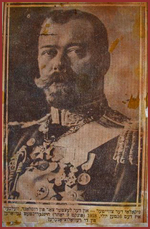 The early 1900s in Russian-occupied Poland (much the same time and setting as “Fiddler on the Roof,”) was a time of widespread poverty and starvation as thirteen year-old Jacob Marateck left home to find a job in the “great metropolis” of Warsaw. Alongside his older brother, Mordechai, he worked 20 hours a day, six days a week, as a baker’s assistant with only the Sabbath to rest. During the years he spent in this or other mindless jobs, he developed sympathy for the workers, which led him to organize Warsaw’s first union. For this he was rewarded with multiple arrests and police beatings.

But the years Marateck spent in Warsaw were just biding time, for at age 21 he would be conscripted into Czar Nicholas II’s notoriously anti-Semitic army. While other young men of draft age deliberately maimed themselves to avoid conscription, Marateck looked forward to “earn[ing] my share of adventures and medals before . . . I was obliged to return to Vishogrod and put the humdrum remainder of my life into some matchmaker’s hands.”

His first ‘adventure’ came in the form of a death sentence , the result of fighting with an officer who referred to him by a Jewish slur that was common at the time (though hitting his superior officer over the head with a teakettle may have been a bit of an overreaction). Could this have been the inspiration for the Yiddish phrase, “Hock mir nicht en chinik!” (“Stop nagging me,” or literally, “Don’t hit me over the head with a teakettle!“) 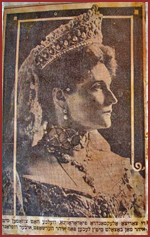 Meanwhile, the Czar launched the Russo-Japanese War (1904-05) launched by the to distract the population from thoughts of revolution. But the Russian army badly underestimated its enemy, and hundreds of thousands of soldiers from both sides perished. Marateck earned his second death sentence during this time.

Back in Warsaw following Russia’s disastrous loss, Marateck joined an underground revolutionary movement that sought to free Poland from Russian control and, incidentally, overthrow the Czar. It was in this capacity that he earned this third death sentence.

The Accidental Anarchist is the true story of one man’s resourcefulness, and the strength that having a sense of humor and maintaining his optimism gave him to survive.