How peculiar that they’re doing this now, all of a sudden 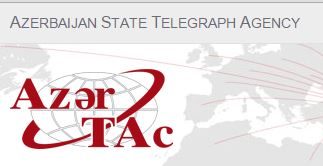 Statue of General-Adjutant of Russian Empire Huseyn Khan Nakhchivanski to be erected in St. Petersburg

A statue of the Russian Empire General-Adjutant of Azerbaijani origin Huseyn Khan Nakhchivanski will be erected in St. Petersburg.

According to fontanka.ru, the statue will be located on the intersection of Malaya Posadnaya and Michurinskaya streets.

The bronze statue will be 2.5 metres in height. It will be made by sculptor Boris Petrov and architect Gennadiy Peychev.

He was supposedly executed by the Bolsheviks in January 1919.