New illustration and video in the updated Encyclopedia Britannica entry for the Russo-Japanese War.   FROM: http://www.britannica.com/event/Russo-Japanese-War/images-videos/Newsreel-footage-recounting-US-President-Theodore-Roosevelts-mediation-of-the/19191 … END_OF_DOCUMENT_TOKEN_TO_BE_REPLACED

Iran’s style of arrests is much like Russia’s in the early 1900s: fabricated charges and an appointed lawyer who doesn’t represent the accused Telling the Story BY AMY DAVIDSON CREDIT ILLUSTRATION BY TOM BACHTELL A year ago, at the Cannes … END_OF_DOCUMENT_TOKEN_TO_BE_REPLACED

I have previously written about Jacob Schiff, who provided the funding for Japan to defeat Russia in the Russo-Japanese War. This is about the Baron from Japan who sought to raise those funds. WSJ Archive: The Life and Times of … END_OF_DOCUMENT_TOKEN_TO_BE_REPLACED

Great article about the naval portion of the Russo-Japanese War WEST POINT HISTORY OF WARFARE Steel Ships at Tsushima – Five Amazing Facts About History’s First Modern Sea Battle by MilitaryHistoryNow.com Sponsored Content This is the first of a two-part series … END_OF_DOCUMENT_TOKEN_TO_BE_REPLACED

See my latest article, below: How Jewish Bankers Helped Changed the Balance of Geopolitical Powers in 1905 by Bryna Kranzler A chance conversation over dinner in London between a despondent baron from Japan and a Jewish investment banker resulted in an … END_OF_DOCUMENT_TOKEN_TO_BE_REPLACED

City that Played a Role in the Russo-Japanese War Now a Tourist Hot-Spot HARBIN the hotspot By Bidisha Bagchi May 21 2015 Tags: Getaways The capital of Heilongjiang province in the north of China is a mix of historical and … END_OF_DOCUMENT_TOKEN_TO_BE_REPLACED

Hear how the Russo-Japanese War contributed to the start of WorldWarI Episode 68:The Russian Empire on the Eve of World War1 Posted on May 13, 2015 by Christopher Rose Host: Joan Neuberger, Editor, Not Even Past & Professor, Department of History Guest: Dominic … END_OF_DOCUMENT_TOKEN_TO_BE_REPLACED

Putin Views “Ivan the Terrible” as “Ivan the Not-So-Bad”       Vol. 79/No. 15      April 27, 2015 Putin glorifies despotic czars as examples of Russian pride BY NAOMI CRAINE Who your heroes are says a lot. Russian President Vladimir Putin, … END_OF_DOCUMENT_TOKEN_TO_BE_REPLACED

Apparently, not everyone applauded Teddy Roosevelt for negotiating an end to the Russo-Japanese War THE BLOG What Would TR and Orwell Say? 2:32 PM, APR 6, 2015 • BY GEOFFREY NORMAN We must ever bear in mind that the great … END_OF_DOCUMENT_TOKEN_TO_BE_REPLACED

Still working to normalize relations damaged during the Russo-Japanese War   25 March 2015 Japan-Russia Relations: Toward a Peace Treaty and Beyond What will it take to normalize Japanese-Russian relations? Yoko Hirose recommends 1) resolving the two countries’ Northern Territories disputes, … END_OF_DOCUMENT_TOKEN_TO_BE_REPLACED

A surprisingly good, and brief, history of the background behind the Russo-Japanese War From: http://www.misleddit.com/p/2wex0d/ … END_OF_DOCUMENT_TOKEN_TO_BE_REPLACED

The Russo-Japanese War was prompted by Japanese attack on Port Arthur, which was provoked by Russian violation of a treaty Japanese print displaying the destruction of a Russian ship. By Richard Cavendish Published in History Today Volume 54 Issue 2 … END_OF_DOCUMENT_TOKEN_TO_BE_REPLACED

About the build-up to the Russo-Japanese War.   By Dale L. Walker HEN Jack London boarded the S. S. Siberia on January 7, 1904, bound for Yokohama, he could look back on a bittersweet year in his young but auspicious … END_OF_DOCUMENT_TOKEN_TO_BE_REPLACED

There was a first Russian Revolution in 1905, during the Russo-Japanese War that Russia was losing, that failed to unseat the Czar. It would be 12 more years before the revolution worked.   Russia’s Bloody Sunday Posted By: Daryl Worthington … END_OF_DOCUMENT_TOKEN_TO_BE_REPLACED

Japan has long had affection for the Jews, ever since Jacob Schiff, a Jewish investment banker, helped finance the Japanese Navy, which allowed it to remain in the Russo-Japanese War and ultimately defeat Russia. After decades of distance, Japan and … END_OF_DOCUMENT_TOKEN_TO_BE_REPLACED

I will be speaking about my book tomorrow at the Carlsbad (Dove) Library at 2 p.m. 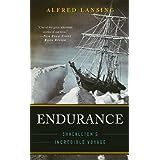 The Russo-Japanese War is over. It’s not over.

Russo-Japanese Ties Remain a Casualty of War With Ukraine

Russian ties with Japan have clearly suffered serious damage due to Moscow’s aggression against Ukraine. Apparently, there will not be a visit by Russian President Putin to Japan anytime soon, despite previous wishes for such a trip by both sides (Asahi Shimbun AJW, September 24). Instead, Prime Minister Abe will meet with Putin at the annual Asia-Pacific Economic Cooperation (APEC) conference, [this] month (November 2014), in Beijing. Moreover, Japan has, albeit with visible reluctance, imposed new sanctions on Russia. It will restrict weapons exports and other items for military use and arms technology as well as ban five Russian banks from issuing securities in Japan (Xinhua, September 24, 2014).

In other signs of a slowdown in Russo-Japanese relations, Tokyo Gas is now delaying the signing of a purchase agreement with Russia for liquefied natural gas (LNG). Tokyo Gas claims that it first needs to study the impact of sanctions before committing itself. However, it seems that politics is indeed a factor here, as is generally the case with major Japanese companies’ investments in Russia (Interfax, September 24).

Predictably, Russia reacted negatively—although not with the same level of scorn it has shown to Europe. This, in itself, indicates that Putin wants to keep the door open to normalizing ties with Japan, however difficult that has now become due—almost exclusively—to Russian actions. Nevertheless, this factor has not inhibited the Russian Ministry of Foreign Affairs from slamming Tokyo’s actions.

Japan had clearly indicated that it was imposing these new sanctions—which are far less ambitious than Western ones—to remain in solidarity with its partners in the G-7. But, Moscow saw this caution coming from Tokyo as weakness (China Daily Online, September 24). The Russian foreign ministry stated its “disappointment” with Japan’s decision to impose sanctions despite the agreements on a ceasefire in Ukraine that were reached in Minsk earlier in September. Furthermore, the ministry raised the question of whether Tokyo really wants to facilitate a rapprochement with Russia. Since sanctions are, according to Russia, illegal, clearly Japan is damaging its chances for normalizing bilateral ties Russia, the foreign ministry statement claimed (mid.ru, September 24).

Beyond this veiled threat, the foreign ministry also stated that it regarded this “unfriendly step […] as another indication of Japan’s inability to pursue an independent foreign policy” (Interfax, September 24). This line of attack clearly reflects the “Japan-bashers” in the Russian government who see everyone but Moscow, Beijing and Washington as not really sovereign actors in the Asia-Pacific region. Consequently, they regularly deprecate Japan as being controlled by the United States and, therefore, of relatively less importance for Russia as a possible partner. Such thinking leads to conclusions by the “Japan-bashers” in Moscow that Russia need not pursue rapprochement with Japan, even if it might be desirable—especially since “Washington-controlled” Tokyo is also ultimately unwilling to move in Russia’s direction.

While Putin apparently remains willing to talk to Japan, the Russian government is displaying clear signs of its readiness to disregard Japanese interests—for example, by opening a new airport on Etoforu in the disputed Kuril Islands/Northern Territories, not coincidentally on an abandoned Japanese airport. While both Abe and Putin would most likely prefer to move bilateral relations forward, it is also abundantly clear that either or both of them will have to overlook their disagreements over dividing issues like Ukraine for a true rapprochement and normalization to happen. In other words, they may have to impose these supposed preferences upon their governments and disregard other costs: Japan’s need for solidarity with its allies, previous Russo-Japanese discord, and the fact that Russia’s growing intimacy and dependence on China restricts its freedom of maneuver vis-à-vis Japan (Nikkei Asian Review, September 23).

This will be a tall order given the pressures on both sides to entrench and remain where they are, and the fact that Russia is increasingly unable to deliver to Japan what it wants—progress on the Kurils and expanding investment opportunities in Russia as the Russian economy grows ever more protectionist and autarkic. And along with these considerations there are strong domestic pressures inside Russia to stay its present political course as well as inside Japan to maintain solidarity with the West, especially as it continually needs US backing against China. Overall, therefore, it appears that a political process is underway wherein Moscow and Tokyo are, once against, missing opportunities to break the impasse in their relations. But this time, one can ascribe the fault pretty much exclusively to Moscow. As such, Moscow may need to ask itself whether seizing Crimea and eastern Ukraine was worth losing the decisive race for true great-power standing and economic development in Asia and the Pacific.