Director Oliver Stone © Vincent West / Reuters
The man behind three films about American presidents, Oliver Stone, says his upcoming feature about Russian President Vladimir Putin “opens up a whole viewpoint that we as Americans haven’t heard,” and could help prevent “a dangerous situation – on the brink of war.”

Academy Award-winning director and revered documentary filmmaker Stone said in interview with the Sydney Morning Herald that his new film about Putin will be released soon.

“It’s not a documentary as much as a question and answer session,” he said. “Mr. Putin is one of the most important leaders in the world and in so far as the United States has declared him an enemy – a great enemy – I think it’s very important we hear what he has to say.” 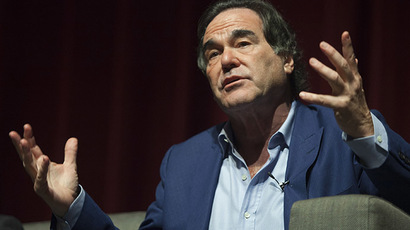 The film will present Putin’s viewpoint of political events since he was first elected president of Russia in March 2000.

“It opens up a whole viewpoint that we as Americans haven’t heard,” Stone told the newspaper, adding that his crew went to see the indefatigable Russian leader four times over the course of two years.

“I talked to him originally about the Snowden affair, which is in the film. And out of that grew, I think, a trust that he knew that I would not edit it so much,” he said, adding that Putin “talks pretty straight.”

“I think we did him the justice of putting [his comments] into a Western narrative that could explain their viewpoint in the hopes that it will prevent continued misunderstanding and a dangerous situation – on the brink of war.”

The 70-year-old director also commented the accusations of Russian influence on the US presidential elections.

“That’s a path that leads nowhere to my mind. That’s an internal war of politics in the US in which the Democratic Party has taken a suicide pact or something to blow him up; in other words, to completely de-legitimize him and in so doing blow up the US essentially.

“What they’re doing is destroying the trust that exists between people and government. It’s a very dangerous position to make accusations you cannot prove,” he added.

Stone also said does not believe claims circulating in the mainstream media that Moscow allegedly passed some classified documents to WikiLeaks in a bid to influence the November US elections.

“I hold Assange [WikiLeaks editor Julian Assange] in high regard in many issues of state. I take very seriously his statement that he received no information from Russia or any state actors,” Stone said.

WikiLeaks published over 250,000 classified US military and diplomatic documents in 2010 in a move that amounted to the largest information leak in United States history. Hillary Clinton was Secretary of State when WikiLeaks published ‘Cablegate’.

Assange has been stuck inside the Ecuadorian embassy since he took refuge there in June 2012 to avoid extradition to Sweden where he is wanted for questioning by the authorities regarding allegations of sexual assault against two women in 2010.

“For 10 years now he’s been a beacon of integrity and honesty,” Stone noted. “He’s been very helpful to understand the world to those who pay attention.

“Unfortunately, his reports sometimes get too thick and too difficult to understand, but I don’t think the media has done him any favors really by playing along and accusing him of rape and holding him on these bogus charges. This is scary behavior but it’s also unlawful.” 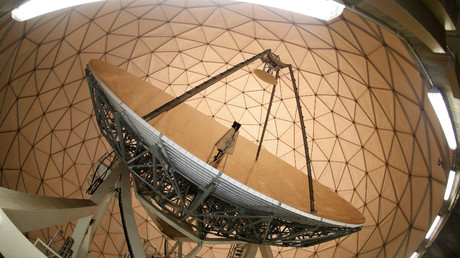 Stone’s latest documentary revolved around NSA whistleblower Edward Snowden, who became world-renown figure after leading classified documents detailing the surveillance programs of the US intelligence agencies and its allies in 2013. Stone met him in person in Russia, where Snowden was granted political asylum.

“I think we’ve had a lot of false information – fake news as they say – used for political ideological purposes. In other words, the US has been able, because of this technology, to say without any doubt Russia hacked the election. This is coming from who? From the intelligence agencies that are fighting against Russia with all their hearts and minds.

“They can’t be trusted. This is important to recognize. I think the Snowden movie shows why they cannot be trusted.”

Amid a US military buildup in response to the North Korean nuclear threat, Stone told the Sydney Morning Herald he is also concerned by where US attacks on Syria and Afghanistan might lead.

“The United States is spending on defense and security almost a trillion dollars a year, which is more than all the countries in the world spend on security and the military. It’s inexcusable to people who examine this rationally.”