Great article about the naval portion of the Russo-Japanese War 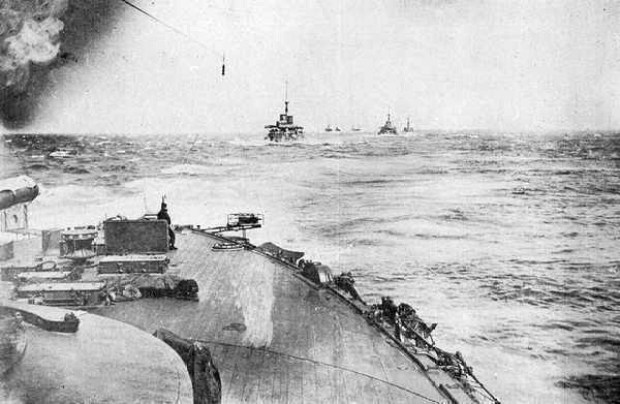 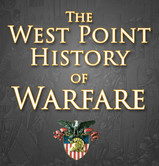 This is the first of a two-part series on the Russo-Japanese War sponsored by The West Point History of Warfare series of digital apps and textbooks. Watch for the follow-up installment next week.

FOUGHT BETWEEN 1904 and 1905, the Russo-Japanese War pitted Japan—then an up-and-coming nation—against Russia, one of the West’s premier military powers. For years prior to the outbreak of hostilities, both empires sought to expand their reach into Manchuria and Korea. Tensions steadily escalated as the two nations vied for control. Then on Feb. 8, 1904, the Imperial Japanese Navy launched a massive surprise attack on Russian ships at Port Arthur on the Yellow Sea in present-day China. The two countries were suddenly at war. 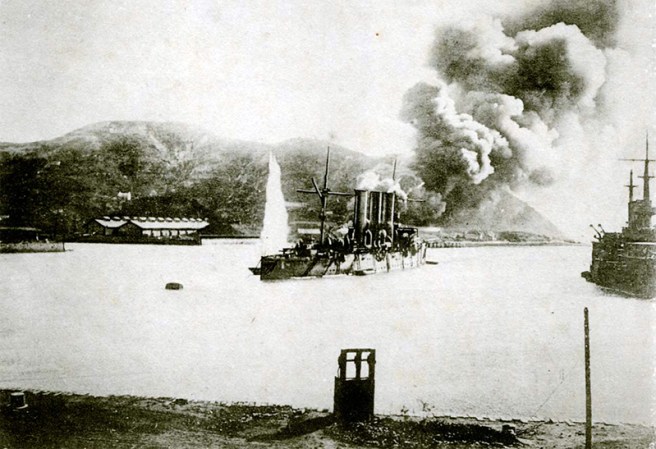 On land and at sea, the Japanese bested Russia in battle after battle. Then came Tsushima. The epic two-day naval clash of 1905, saw the Russian fleet crippled forcing Tsar Nicholas II to sue for peace. The political fallout from the confrontation was far-reaching: Russia’s humiliation greatly weakened the ruling Romanov dynasty paving the way for revolution in 1917, while Japan had proved itself a bona fide power in the Far East, setting the stage for a showdown with the United States in 1941. Tsushima was also a military turning point. It’s remembered as the major fist battle fought between ‘modern’ navies and served as a harbinger of a century of naval warfare.

In anticipation of the June 16 release of the digital textbook West Point History of Warfare: Russo-Japanese War, the historians and designers at Rowan Technology Solutions have come up with five incredible facts about the most famous battle of the war –Tsushima Strait. 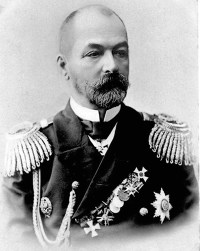 Humiliated by mounting losses on land, Russia chose to tip the balance in its favour at sea. In bold gambit, the Tsar’s top military commanders ordered the bulk of the European Baltic fleet, 11 battleships along with more than 30 cruisers, destroyers and gunboats, to the Pacific port of Vladivostok in hopes of opening a second front against the Japanese there. Appointed to head up this newly designated ‘Second Pacific Fleet’ was Admiral Zinovy Rozhestvensky, a 56-year-old veteran of Russia’s 1877 war with the Ottomans. The journey took the squadron south into the Atlantic, around the horn of Africa and through the Indian Ocean — a distance of nearly 18,000 miles. When the Russian flotilla finally arrived in the Far East after nearly eight months at sea, its ships were badly in need of maintenance. Worse, the crews were fatigued and unfit for action. These factors would prove decisive in the coming battle. 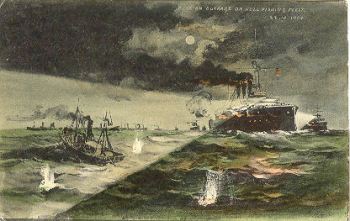 Russia’s ill-fated, globe-spanning voyage began on sour note. The fleet had sailed in late 1904 amid wild rumours that the Japanese had snuck their own ships into the North Sea and were waiting to ambush the Tsar’s navy there. On the evening of Oct. 21, Russian lookouts mistook British and Swedish fishing vessels for Japanese torpedo boats and unleashed their 10- and 12-inch main guns on them. Three British fishermen were killed in the cannonade. The battleships also fired on their own escorts, killing a Russian priest and a sailor aboard a cruiser. Remembered as the Dogger Bank Incident, the debacle enraged Great Britain and very nearly precipitated yet another war. By way of retaliation, London closed the Suez Canal to Russian sea traffic, thus forcing the fleet to sail around Africa in order to reach Japan.

Speaking of war with Britain… 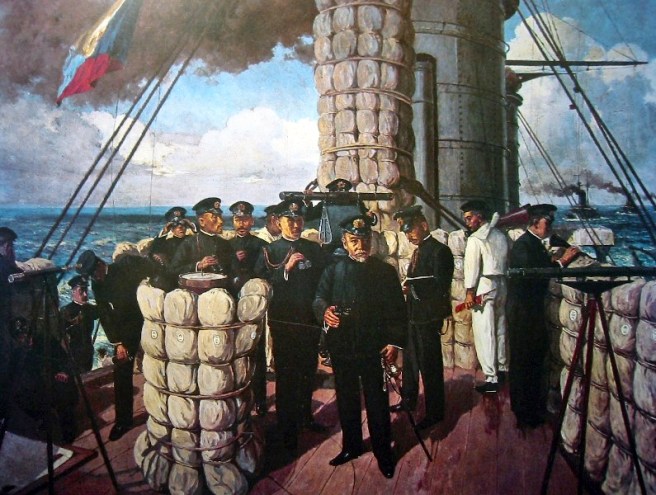 Believe it or not, Tokyo had also run afoul of the British. Just a few years prior to Russia’s at Dogger Bank fiasco, Admiral Tōgō Heihachirō of the Imperial Japanese Navy was the captain of a cruiser that sank a British transport ship during the Sino-Japanese War. Tōgō managed to skirt responsibility for the disaster when it was revealed Chinese soldiers aboard the British ship had mutinied. His attack was judged a legitimate act of war.

As mentioned, the Battle of Tsushima is remembered as the first major naval clash between modern, all-steel fleets. But how did these early battleships stack up against history’s other famous capital ships from the 19th and 20th centuries? The editors of The West Point History of Warfare: Russo-Japanese War have compiled this exclusive infographic for MilitaryHistoryNow.com readers. 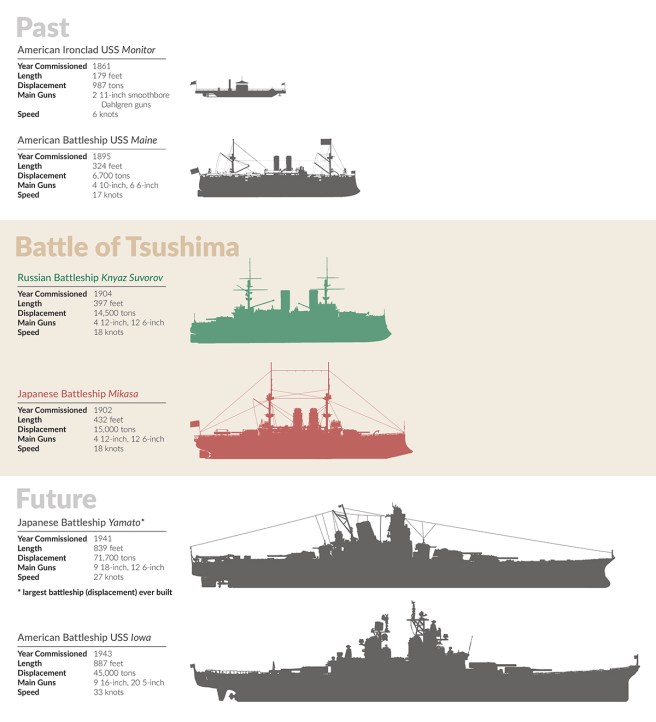 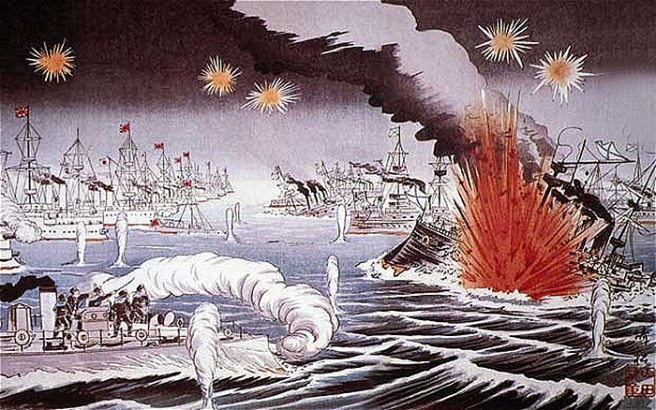 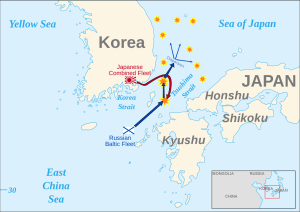 After arriving in the Far East, Rozhestvensky ordered his sea-worn vessels to make for Vladivostok via the Tsushima Strait, a 60-mile-wide (100 km) bottleneck between Korea and the Japanese island of Honshu. On the evening of May 26, 1905 a Japanese patrol ship spotted the vanguard of the Russian flotilla and quickly reported the sighting using its wireless radio (another first in naval warfare). Admiral Tōgō rushed his ships into the strait to intercept the enemy. Rozhestvensky’s vessels, their engines fouled by months on the high seas, were unable to match the enemy’s speed and proved to be sitting ducks. More than 80 Japanese warships, including four battleships, pounced on the Russians after daybreak. After several hours of withering broadsides, nearly two-thirds of the Tsar’s fleet was destroyed — including six of his most prized battleships. Japan lost three small torpedo boats in the encounter. Nearly 700 Japanese sailors were casualties; Russia suffered 6,000 wounded and 5,000 dead.

READ more on the Russo-Japanese War next week in MilitaryHistoryNow.com.